Pahalgam, which is one of the best tourist spot, is a town as well as a popular committee located in the district of Jammu and Kashmir. The famous hill station is filled with tourists throughout the year and is established over the Lidder River bank with an elevation of 7200 ft from above the sea level. This place is just 45 kms away from the district headquarters of Anantnag district. 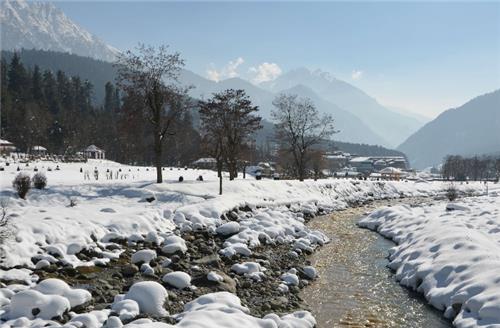 One of the most stunning place is the meadow of Baisaran, that is surrounded by the  thick wooded pine forest. And when you are on the way to Chandawari, you can stop by Hajan, an idealistic picnic spot. Moreover, film lovers will definitely remember the place, as it is the superb spot of film shooting. The Pahalgam city has at least 8 small villages, amongst which is the 'Mamal', which is famous for the  Lord Shiva Temple. It is said to be the ancient temple in the entire Kashmir, and the temple belongs to the 5th Century.

Pahalgam is also well connected with the annual Amarnath Yatra. While, the Chandanwari which is 16 kms away from Pahalgam, is the yatra’s starting point. This event is carried every year during the savan month (July to August). Tourists will find a fairly track by car from Pahalgam to Chandanwari. Then from Chandanwari, it is easy to trek to the Mountain lake of Sheshnag which is just 11 kms far from Chandanwari. Later from Sheshnag, it is just 13 kms to reach Panchtarni. Finally from Panchtarni, it is just 6 kms to reach Amarnath cave, a last destination of your trip. During the savan month, tourists can watch and enjoy the ice formed in the form of Shivling (a natural Shivling).

Pahalgam is said to be one of the 5 Tehsils of Anantnag district; while, Tehsil headquarters have been established in the main town of the Pahalgam. For the sake of effective management of the Pahalgam Project Organization, the authority of Pahalgam (Development Authority) has been managed by a Chief Executive Officer who is also an Administrator as well as a Chairman of the Pahalgam Town Area Committee, which is a region of the Tourism Department.

After the ruling period of Mughals, the entire Kashmir including Pahalgam was said to be captured by the Hindu rulers. However, the town was independent even during the British administration and is independent till now. One can witness the food habits in Pahalgam, their costumes, their religious belief and activities. The language spoken here are generally the Hindu and Urdu, English and Kashmiri language.

Pahalgam has been a top most beginning spot to make the annual Amarnath Yatra to the abode of Lord Shiva.

The records say that, from the month of July till August, several numbers of Pilgrims visit throughout the year and reside in the city of Pahalgam which is right on the way to their holy cave Amarnath.

Though Pahalgam is a small village, it has all facilities, including different sorts of Indian food. You will find various types of delicious cuisines at the Pahalgam restaurants, as Pahalgam is basically considered as the land of restaurants, hotels as well as the resorts. You will be able to get all types of mouth-watering cuisines such as Punjabi, Gujarati, Chinese and other dishes that you are able to find in big cities. Once you eat food at this place, you will never forget the amazing taste, especially the Kashmiri bakeries like the baqerkhani as well as the sheermal, etc. 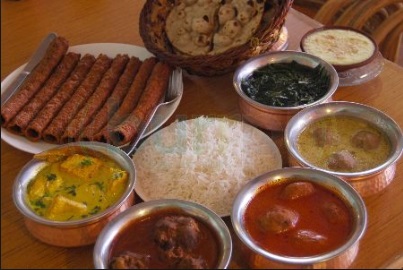 Apart from these, tourists can also have some traditional itineraries which are namely the Rogan Josh, Daniwal Korma, Tabak Maaz and Seekh Kababs, Kormas like Methi and Marchwangan, Aab Gosht, Safed Murg, and several different extraordinary cuisines. Also, the place is popular for the special type of green tea (masala tea made up of cinnamon, saffron strands, as well as the cardamom pod, along with some walnuts and almonds for the flavors). Suppose you are finding some economical as well as the traditional vegetarian foods, you will surely find the chaman and dum aaloo as the excellent choice.

Pahalgam region which is established in the central part of the Lidder Valley falls at a latitude of 34.01°N and longitude of 75.19°E. While, an altitude of average Pahalgam holds a central position in the Lidder Valley. Pahalgam has a Sub-Tropical climate (Highland) with very cold winter for longer period, as well as the mild summer for shorter period. Click Here to Know More.

Pahalgam is said to be very popular for woolen products such as the shawls and carpets, and the garments like the sarees, etc. on which unique embroidery, stone works as well as some lace works are done. 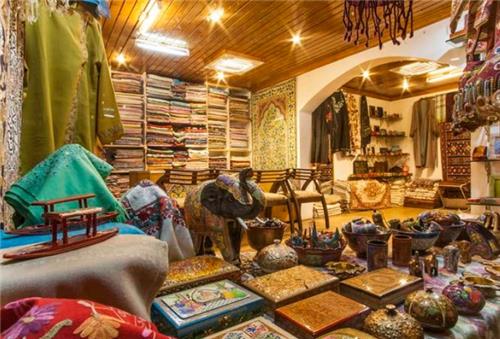 Apart from which, one can buy Kashmiri handicrafts such as the stunning jewellery boxes, and also the mirror frames, etc. Tourists can also purchase attractive furniture with various designs. Even, people can buy some silk and woolen carpets (Persian designs). These are found to be the few main items that every tourists would love to shop at Pahalgam.

Also, one can buy Namdas (a kind of mattress) and gabbas (embroidered rugs) that have a great demand which can be purchased from any stores in the city.

Pahalgam was said to be one of the best trekking place and a favorite tourist attraction, where one can enjoy watching the depth chilled Lidder River that flows with a great force. The town is also an excellent shooting spot of Bollywood films, but still remains best place of resorts. Along with the resorts, there are also some huts and many hotels that have been established at this tourists spot. Apart from this, there are latest hotels which provide good accommodation with modern amenities to please their guests. 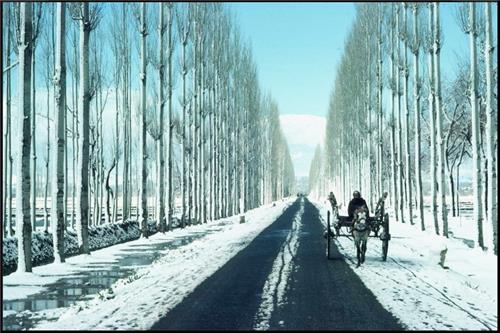 Besides trekking, and other activities, tourists can find a trail that moves via pinewoods till the striking Kolahoi Glacier, that is just 35 kms away from this city of Pahalgam. Get all details here.

The transportation in Pahalgam becomes easy, when traveling is made by road through the village of Pahalgam till the Chandanwari. This transportation seems to be a fairly flat terrain that can be held through car. From Chandanwari, the track becomes very much steeper that helps you to enjoy the trip just by moving through ponies or walking.

While, every year, the State Government involves in making good arrangements for the successful pilgrimage trip that helps around 1 lakh pilgrims. Besides this, the pony owners and dandi walas, provide camps and thereby ensures safety as well as the comfort of the tourists, and quick improvements of the yatris progress. Suppose, you are making your trip to Pahalgam in non-yatra season, it is good to take a pony ride till the Sheshnag lake and return at late evening.

Pahalgam can be reached either through airways or can be reached via roadways. That means, you can reach Pahalgam via flight at Srinagar Airport, or travel through buses or local taxis. But, railways are not connected to Pahalgam.

The distance between Pahalgam and neighboring city is just 95 kms. Hence, you can travel easily only through these means of transport.

By Train: Pahalgam is not directly connected with rails, as there are no railway stations at Pahalgam. The very nearest Raiway Station is the Jammu Tawi, which is established at a distance of about 157 kms from the city of Pahalgam. Jammu Tawi is very well-associated with many major cities of India and the major trains that moves from this city are namely the Uttar Sampark Rajdhani, also the Jammu Rajdhani, including the Jhelum Express, etc. are included. From this place of Jammu (Srinagar), you can get a vehicle or a private cab, else taxi, as per your comfort and convenience.

By Bus: Pahalgam is very well associated with the cities like Srinagar as well as Jammu. You can find the regular bus services which are available from the Srinagar and Anantnag. Hence, one can select from the routine buses (state-run by govt) or you can find any of the special luxurious private buses.

Road/Self Drive: If you want to drive from Srinagar to Pahalgam, from vehicle, you can reach within 3 hours. Even taxis are available to travel in the local main markets, or Aru or Laripora, and other places or attractions around the city lie Kolohoi Glaciers, etc, you can either go by walk or hire a taxi or cab.

Comments / Discussion Board - About Pahalgam